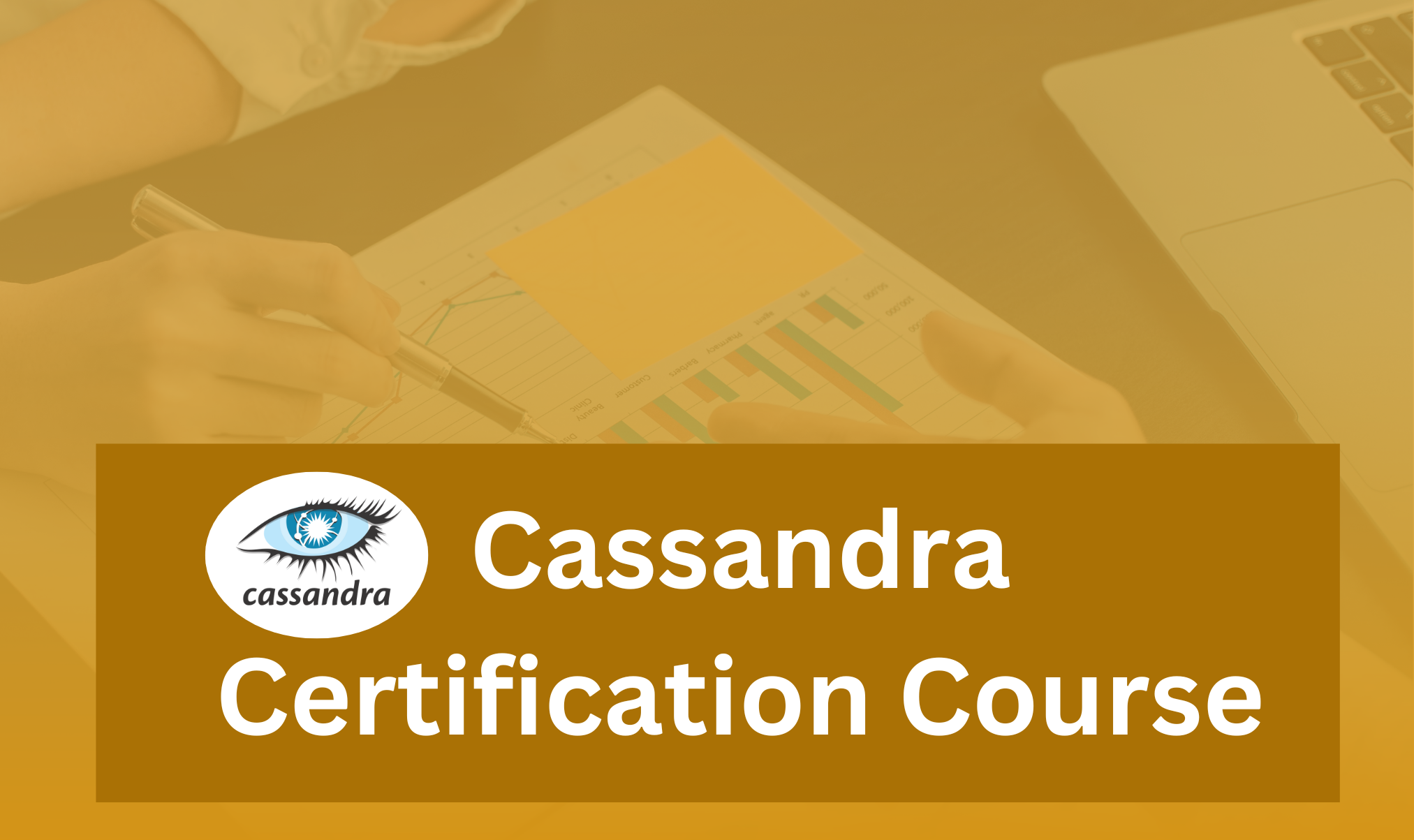 Apache Cassandra has the ability to process a large amount of data as it is a distributed database management system. It is a NoSQL database written in Java and provides many things that other NoSQL and relational databases do not. It provides many things that other NoSQL or relational databases cannot. Cassandra Certification will help you to know more about the technology.

Cassandra was originally developed by Facebook for its inbox search functionality. 2008 Facebook released it, and in 2009 Cassandra became part of the Apache incubator. It is now part of the core of the Apache Software Foundation and is available to all interested parties.

What is a NoSQL database?

A NoSQL database often referred to as "not just SQL", is a database that stores and retrieves data without storing it in tabular format. Unlike relational databases, which require a table format, NoSQL databases allow you to store unstructured data; NoSQL databases do not require a fixed schema and are therefore easy to replicate using a simple API. Cassandra Training will let you know all the concepts of the NoSQL database.

How does Cassandra work?

Apache Cassandra is a Peer-to-Peer system. Its distributed design is based on Amazon's DynamoDB and its data model is based on Google's Big Table. The basic architecture consists of a cluster of nodes, each of which can accept read and write requests. The key aspect of its architecture is that it has no central node. Instead, all nodes communicate in the same way.

While a node represents a specific location where data resides in a cluster, a cluster is a complete set of data centers where all data is stored for processing. The corresponding nodes are grouped into data centers. This type of structure is designed to be scalable, meaning that if more space is needed, additional nodes can be easily added. This makes it easy to expand the system, and increase capacity, and is designed to support concurrent users throughout the system. Cassandra Course will let you know about the working Cassandra.

Who should use Cassandra?

If you need to store and manage large amounts of data on many servers, Cassandra could be a good solution for your business. It's ideal for businesses that

It's also easy to deploy and scale, making it ideal for businesses that are constantly growing.

In fact, the Apache Cassandra framework is "built to scale", allowing it to handle large volumes of data and concurrent users on the system. This allows large enterprises to store large amounts of data in a decentralized system. However, despite the decentralization, it still allows users to control and access the data.

Apache Cassandra has many advantages, some of which are listed below.

Cassandra is an open-source project from Apache, which means that it is freely available. You can download the application and use it freely. Thanks to its open-source nature, Cassandra has created a huge community of like-minded people who share their opinions, questions, and advice on big data. In addition, Cassandra can be integrated with other Apache open-source projects, such as Hadoop (via MapReduce), Apache Pig, and Apache Hive.

Many argue that the biggest advantage of using Apache Cassandra is its flexible scalability. As you read above, if you can add a number of servers, the Cassandra cluster you create can be upgraded and resized without much effort, i.e., without disrupting your business or your applications.

Cassandra can help you solve complex tasks with ease

Logging events, collecting metrics, and querying historical data... all of these may seem tedious, but they are very important tasks for Big Data and DevOps. Due to the large number of data types and sources, creating a central log repository is quite a difficult task.

Creating a central repository of logs and metrics and extracting historical information from it is a task that Cassandra handles with great ease. Once the table structure has been selected and designed, the database serves as a guide and can be easily modified to suit your needs.

There is no central (or single) point of failure because there is no primary point of failure. In addition, continuous updates can be performed without fail. In fact, Cassandra can withstand the temporary loss of a few nodes (depending on the size of the cluster) without significantly affecting overall cluster performance.

Replication of data between data centers and site leads to high availability. The architecture is peer-to-peer, which means that each node can perform read and write operations. This allows for rapid data replication from one data center to another and from one region to another.

Cassandra runs on a peer-to-peer architecture rather than a master-slave architecture. Therefore, there is no single point of failure in Cassandra. In addition, you can add as many servers and/or nodes as you want to a Cassandra cluster in any of your data centers. Since all machines are on the same level, any server can receive requests from any client. Needless to say, Cassandra has far outpaced other databases with its powerful architecture and exceptional functionality.